Change in Health Behaviors Depend on Timing

“And while the future’s there for anyone to change,

If you read my previous blog post, you’ll know that I recently attended an ORCHSE conference that has provided me with plenty of food for thought.

One session I attended reminded me of these lines from a song by Jackson Browne. What does his 1970’s-era, plaintive ballad about an imminent romantic break-up have to do with positive behavioral change?

We all know that when we are trying to make health-oriented behavior changes for ourselves or encouraging them in work colleagues, friends and family members, it’s extremely hard to overcome the past. Health beliefs, behaviors and coping skills are hardwired in our brains. Even when we receive sound guidance for positive change that we should intuitively appreciate, we often don’t make constructive progress.

At the ORCHSE meeting, Greg McGloughlin, CEO of HBD International, offered the “Secret Sauce” for successfully becoming more engaged in the process of making healthy behavior the norm.

1. We should be aware that behavior change is a process that involves multiple stages before success can be achieved. According to the transtheoretical model of behavior change developed by Prochaska and DiClemente in the early ’80s, individuals must first be at a stage where they are ready to change.

2. The message has to be delivered and received at the correct time in order to begin and successfully achieve behavioral change. A person in the precontemplative or contemplative phase simply isn’t ready to overcome the barriers necessary to succeed, no matter how well-crafted the health promotion message. However, once the individual is ready, McGloughlin recommends that the message be short and compelling. Experience and studies show that too much information can often overwhelm individuals and discourage them from trying. 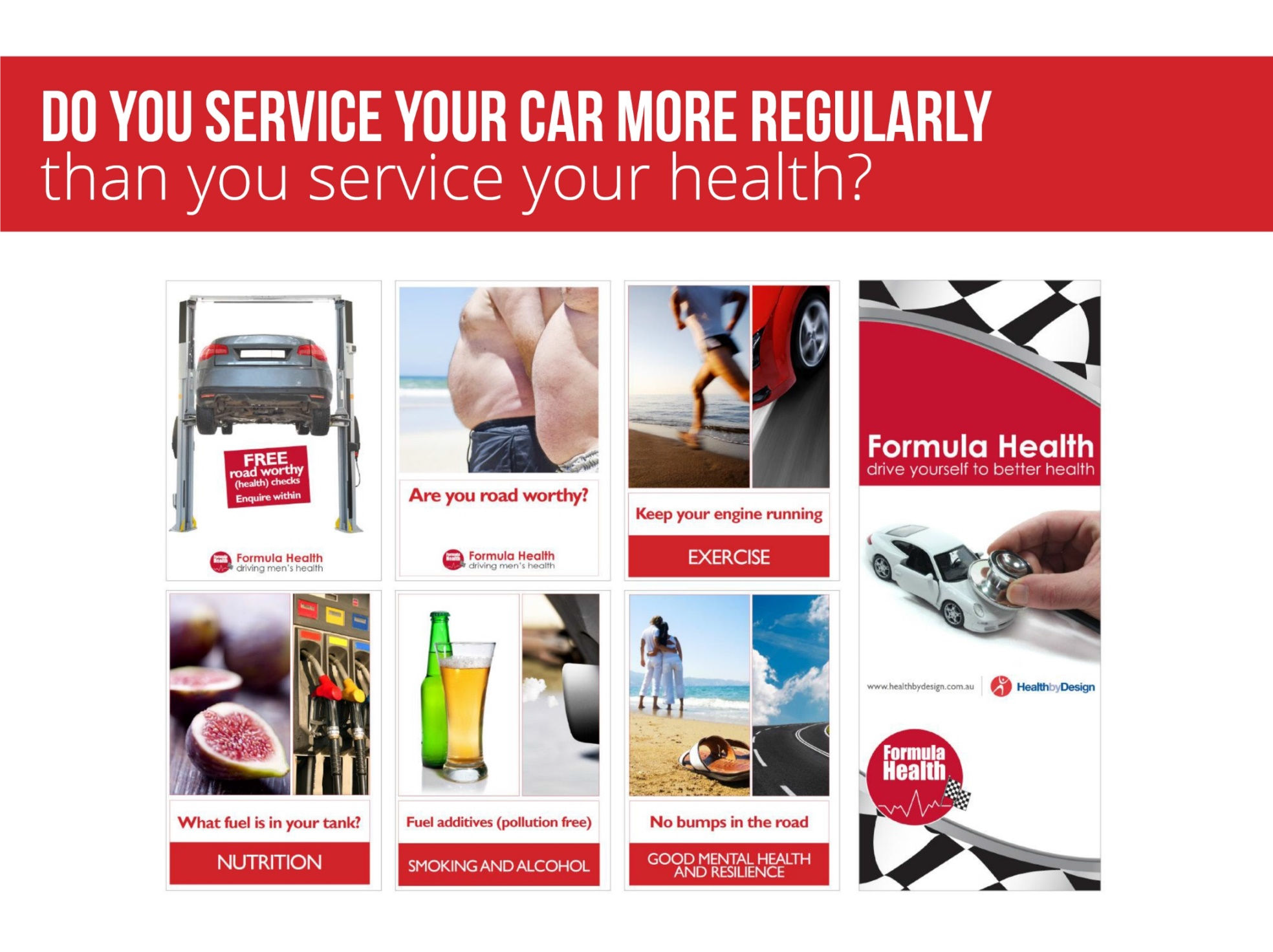 For health educators and employers, he recommends introducing one or two core messages/educational strategies around a single health goal, such as quitting smoking, walking for exercise or improving nutrition. He advises against introducing five or six content areas with multiple related recommendations

3. The message should be frequently repeated (at least monthly) in order for it to gain traction. Scientific literature shows that the percentage of the message that is remembered is highest immediately after it is received and drops precipitously (almost 90 percent forgotten) within seven weeks. With monthly sessions, the percentage of message remembered remains at 20 to 25 percent. Reinforcing the message/behavior incrementally increases and remains higher than messaging given every two months (50 percent remembered with monthly sessions vs. 25 percent with bi-monthly sessions). 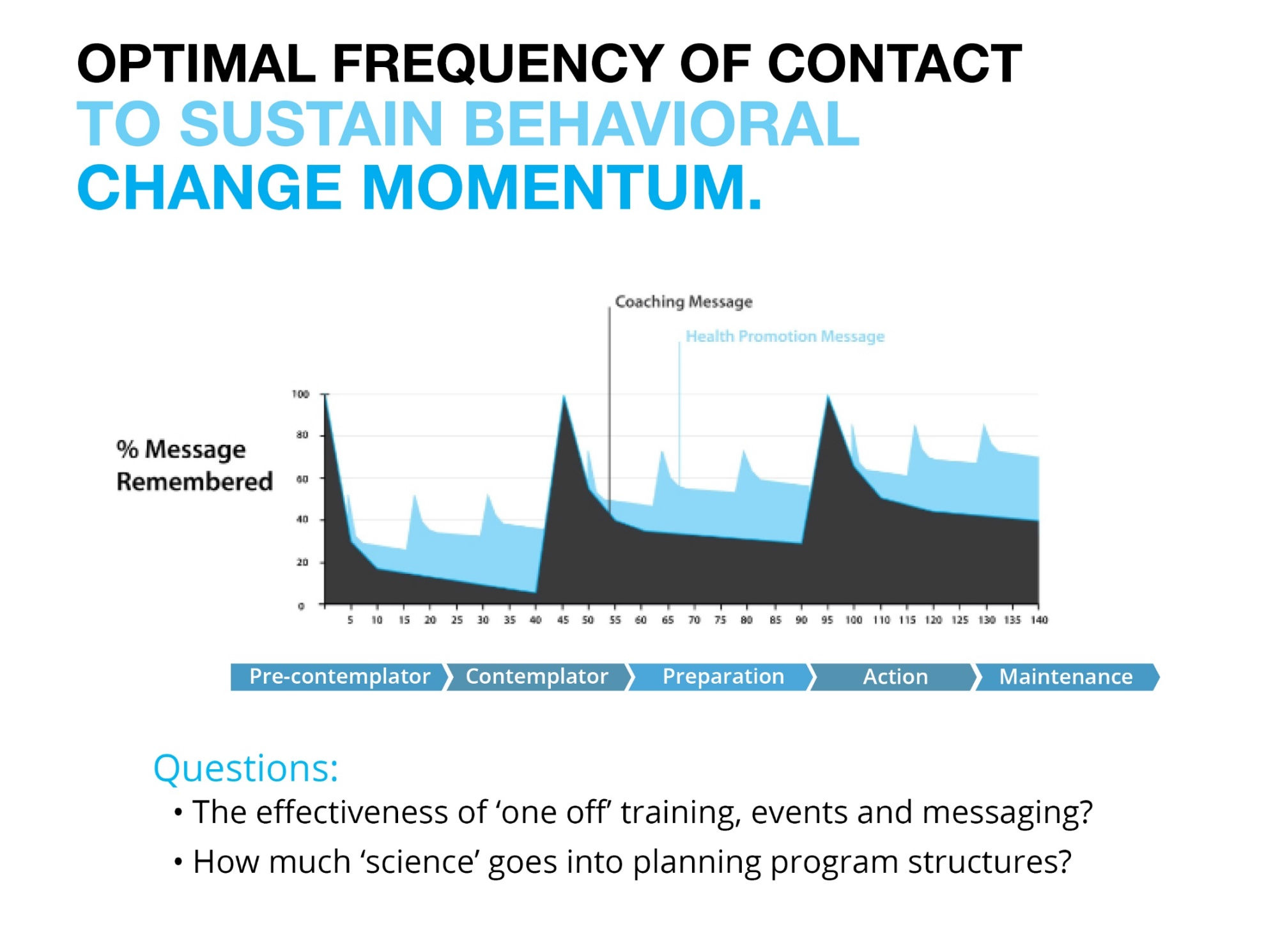 Even armed with this knowledge, changing health behavior still remains a tough row to hoe.

However, health educators and employers may be more successful at encouraging positive change by timing the dissemination of simple-yet-memorable messages with a call to action at appropriate intervals and aiming them at employees who are in a stage where they likely to be receptive.

From Jackson Browne’s perspective, putting these theories into practice may make it more feasible to change the future, but that’s in another one of his songs (Doctor My Eyes)!

Acknowledgement: HBD International provided the graphs/illustrations for this blog.