Telemedicine is When Technology Touches You 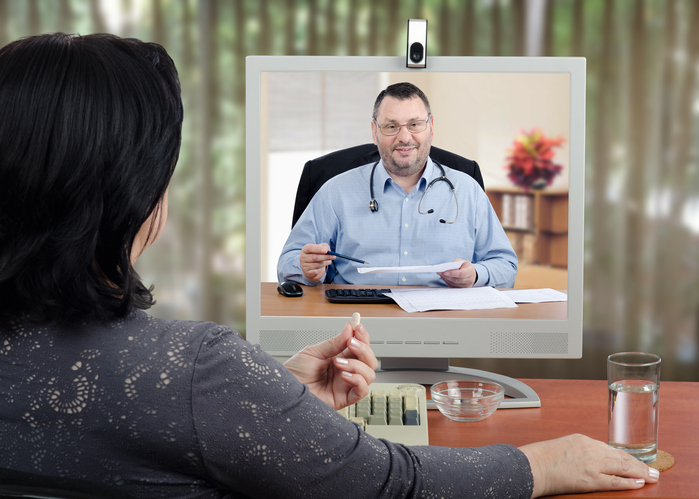 A general sense of ambivalence surrounds the use of telemedicine. There is a perception that a meaningful physician-patient relationship cannot be developed when the physician doesn’t physically touch the person in need of care.

According to some experts, communications technology, in general, is impeding human connection. For example, in her book Alone Together, sociologist Sherry Turkle correlates our technologically networked society with the decline of empathy and relationship. Touch is believed to be integral to forming associations, and it has been found to have healing properties when used with the deliberate intent to impart warmth, understanding and compassion.

Health care delivery today is less deliberate and more distracted than it once was, regardless of whether touch is part of an encounter. We have evidence that physician-patient partnerships are not being actualized, and that healing is impaired as a result.

I believe that telemedicine can help bridge the gap between patient and physician, and restore healing to the practice of medicine. Oxytocin is a key contributor to the formulation of human connection.

Oxytocin is a neurotransmitter that functions in our internal calm-and-connect system. This system works in opposition to the fight-or-flight response that is triggered in times of stress, including injury and illness. Oxytocin levels increase when we are gently or lovingly touched by a person with whom we intend to affect a connection. It has been widely studied in bonding between mother and infant, and it is often referred to as the “cuddle hormone.”

Activation of the calm-and-connect system is important to the practice of medicine because it moves people toward a state of relaxation, receptivity and healing.

Intentional touch is not the only trigger for the release of oxytocin. According to Dr. Kerstin Uvas, author of The Oxytocin Factor, eye contact has the same physiologic effect as touch. Mutual gaze has been found to be as important as physical touch in mother-child bonding.

Researchers typically study these correlations indirectly by introducing the hormone oxytocin as an exogenous substance because it is nearly impossible to study the release of the neurotransmitter within tissues of the human body. Studies in which men have been given oxytocin suggest the extended length of eye contact and increased amounts of oxytocin are directly correlated.

Eye contact can also help build alliances because it signals to the receiver that the speaker is available and confident. It is difficult to lie about our emotions from the nose up; the eyes are typically a “tell” for insincerity or lying, or for authentic empathy, compassion, interest and intent. Direct and brief eye contact attunes the brain to a mode that encourages interaction between people. The amount of eye contact someone receives during a conversation has been shown to be directly proportional to the amount he or she will engage in discussion.

Because eye contact is just as important to building an alliance and communicating empathy as a physical touch, it is a meaningful substitute for creating a partnership in the physician-patient relationship. The use of tele-video is an adaptation of technology in a way that propels meaningful exchange forward.

Rather than being distracted by an electronic medical record on a laptop in the treatment room, the telemedicine physician is able to make eye contact with the patient, creating an atmosphere of receptivity despite the virtual connection. In this way, all of the benefits of eye-contact can be fully realized by a physician who is adequately trained in the art of empathic communication: There is a forging of alliance, an exchange of information, an increase in the receptivity and interaction of the patient, and adherence to treatment plans and overall improved outcomes.

Telemedicine physicians touch patients – not physically but meaningfully and directly. In this way, telemedicine is improving the practice of medicine.