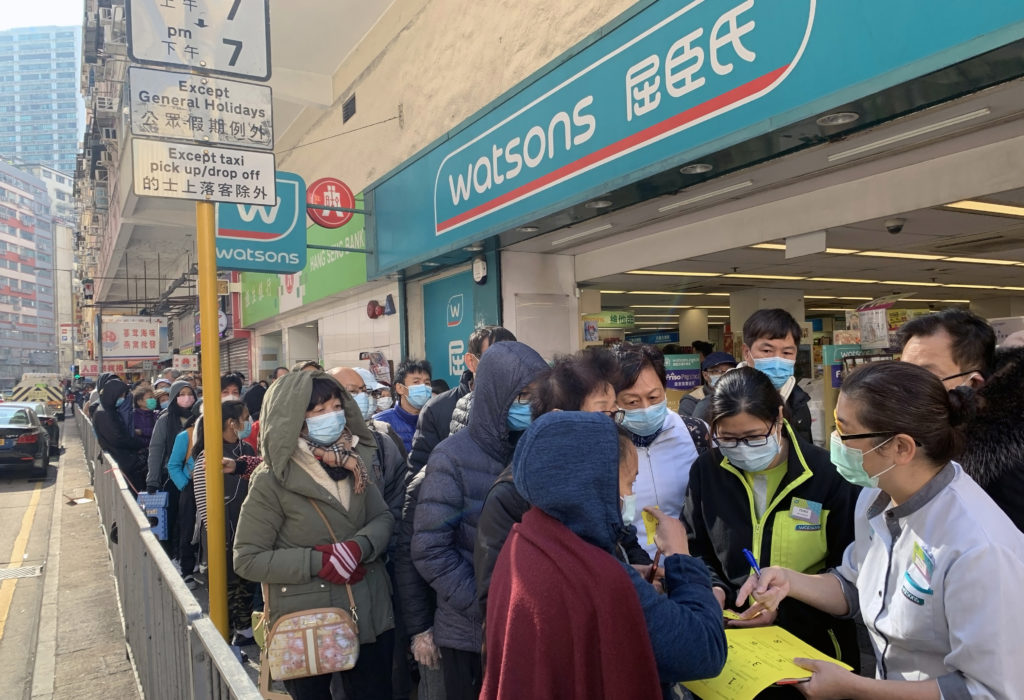 In the past two weeks while closely following developments and doing research on the 2019 novel coronavirus (2019-nCoV), I have not come across a single mention of the word “reservoir.”

The concept of a reservoir in connection with public health issues, such as the outbreak of disease, was frequently mentioned during my residency in preventive medicine. I believe it’s important to consider where the reservoir for 2019-nCoV transmission could be.

While the infection began in a wholesale animal market in central Wuhan, China, when the virus passed from animals to humans, this area was closed and quarantined at the end of 2019. By early 2020, cases of unusual pneumonia were showing up in Hong Kong and Singapore among people who had been in Wuhan, indicating person-to-person transmission.

To date, 11 cases have been confirmed in the U.S. Nine of these people visited south China in the past month or so. The remaining two cases involve spouses who had not been in China. It’s puzzling why no additional cases have occurred, even though the illness is probably milder than first thought.

Consider how many potential person-to-person contacts occurred while these nine people traveled and went about their business, including 20-plus hours of transit from China to the U.S. Some of these people possibly took steps to prevent transmission, but most were unaware that they were infectious. Coughing and spread of infection through droplets is believed to be the primary mode of transmission. The virus has also been recovered from surfaces.

Why are there so few secondary cases? Is it because fever occurs before a cough develops? Or could it be because person-to-person spread requires close/intimate contact? My belief is that it is the latter.

While this may help solve some of the puzzle, it does not explain why case numbers are climbing in Hubei Province, where Wuhan is located, and adjacent provinces. It is obvious that there is an unidentified reservoir of infection lurking somewhere.

The following reported developments suggest where the reservoir, or unidentified source of transmission, may be.

In 2003, more than 320 residents in the Amoy Gardens housing estate in Hong Kong became infected with severe acute respiratory syndrome (SARS), another type of coronavirus. The World Health Organization found the SARS virus remained stable for up to four days in the feces of infected people with diarrhea. This contributed to a significant viral load being discharged into a broken sewer system that helped spread the disease.

Whether it is transmitted through feces or re-transmitted via the formation of aerosols by virus-containing droplets, we need epidemiological investigation and research to further confirm. Whatever the findings, these modes of transmission are unlikely to be the reservoir necessary to account for the rapid rise in cases.

A recent Bloomberg news report on the case of a 10-year-old boy who was diagnosed with the coronavirus provides some provocative information for consideration. The boy’s case, published Jan. 24 in The Lancet, was the first to demonstrate person-to-person and healthcare-associated spread of the new virus.

The boy and his family visited relatives in Wuhan at the end of December. While his parents and grandparents felt ill and were treated after they returned to their hometown, the boy appeared healthy and was only diagnosed with 2019-nCoV after his parents insisted that he be tested. In addition, while the boy’s parents were infected, each had a normal body temperature when they sought treatment. Later, the virus spread to a sixth relative who hadn’t traveled.

This familial case raises concern that people, including children who feel fine or only have mild symptoms, are spreading the virus. Feng Zijian, deputy director of the Chinese Center for Disease Control and Prevention, told reporters on Jan. 29 that “children and infants’ symptoms are comparatively mild while older people have more severe symptoms.”

Similar patterns are appearing outside of China. For example, four cases in Germany were linked to a company training event that was attended by a colleague visiting from China who had no symptoms of disease during her stay.

These cryptic cases of walking pneumonia might serve as a possible source to propagate the outbreak, Kwok-Yung Yuen and colleagues at the University of Hong Kong said in the Lancet paper. The 10-year-old boy was capable of transmitting the virus even though the kind of test used in airport screening for the virus would not identify him as a carrier.

Asymptomatic infection with 2019-nCoV may turn out to be harder to detect and contain than SARS. In addition, 2019-CoV could be similar to influenza cases in which a significant percentage of patients, particularly children, transmit the virus while they are silently incubating the infection. This indeed would create a massive reservoir for transmission of infection that would be hard to contain. If that turns out to be the case, public health officials would likely have to depend on inherent features of the virus, similar to SARS, which mysteriously petered out to end the epidemic.