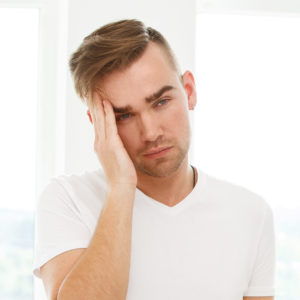 If you wonder whether you have obstructive sleep apnea (OSA), you are not alone.

An estimated 22 million Americans have a form of sleep apnea, and 80 percent of moderate-to-severe cases of OSA are undiagnosed, according to the American Sleep Apnea Association.

Symptoms of OSA include:

Untreated OSA affects quality of life and poses serious health and safety threats. For example, it is associated with increased risk of cardiovascular disease and diabetes. From a safety perspective, OSA has been shown to be a contributing factor in vehicle crashes and work-related accidents and injuries.

Individuals who disregard their symptoms and complaints from their bed partner choose not to seek screening and treatment for a number of reasons. However, there are also asymptomatic individuals who would like to understand their risk for developing OSA so they can take appropriate steps to prevent it. What are their options?

The U.S. Preventive Services Task Force recently released a recommendation statement in which it concludes: “There is not enough evidence to determine whether screening for OSA in adults without symptoms or who do not recognize their symptoms leads to improved health outcomes.”

The task force advises clinicians to “use their clinical judgment when deciding whether to screen their patients for OSA.” The recommendation does not apply to adults with symptoms or an acute condition that could trigger the onset of OSA, such as a stroke.

Meanwhile, the American Academy of Sleep Medicine recommends screening individuals who have a high risk for OSA, even if they don’t have any symptoms. According to the academy: “Identification by primary care providers of patients who have a high risk for OSA, followed by appropriate referral to a board-certified sleep medicine physician for a comprehensive sleep history and evaluation, could significantly reduce the frequency of undiagnosed OSA.”

The academy promotes use of a National Healthy Sleep Awareness Project self-assessment tool that can be used to identify common symptoms and understand risk factors for OSA.

The Federal Motor Carrier Safety Administration (FMCSA) issued a proposed rule for the Evaluation of Safety-Sensitive Personnel for Moderate-to-Severe Obstructive Sleep Apnea nearly a year ago. The proposed rule is now in the “long-term action stage.” Under current regulations, OSA is characterized as a “respiratory dysfunction.” When it is considered severe enough to be likely to interfere with safe operation, a qualified examiner may exercise his or her clinical judgment when deciding whether to issue a medical certificate to a commercial driver, and for how long. Successfully treated drivers with OSA may regain their “medically-qualified-to-drive” status.

In general, in certain populations – such as employees in safety-sensitive positions where the potential consequences of excessive daytime sleepiness may be significantly more severe than in non-safety-sensitive jobs – screening of asymptomatic employees may be useful.

For safety-sensitive workers, the balance of risk versus benefit is tilted toward risk, making a more diligent approach to evaluating that risk a prudent choice. Screening such workers with a sleepiness questionnaire or physician evaluation of risk factors positively correlated with sleep apnea is likely a good idea. Safety-sensitive workers who appear to be at elevated risk of OSA could then engage in preventive strategies and undergo more definitive screening such as a test in a sleep lab.

For individuals in non-safety-sensitive jobs who do not have symptoms, screening remains more of a personal choice. Just being aware of modifiable risk factors, such as weight and smoking, is a step in the right direction.