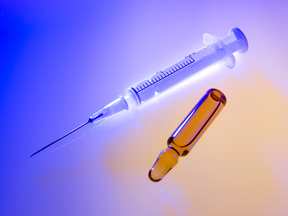 The University of California (UC) system announced last week that it will require incoming students to be screened for tuberculosis and vaccinated for the measles and a number of other preventable, contagious diseases beginning in 2017.

Systemwide, UC currently only requires students to be vaccinated against hepatitis B. In addition to measles, vaccination will be required for mumps, rubella, chicken pox, meningococcus, tetanus and pertussis (whooping cough). (See related contagious disease fact sheets on our education page.)

Based on fall 2014 enrollment figures, the vaccination policy will affect more than 122,000 incoming freshmen and transfer students.

After a year of planning, it’s a timely announcement. Between Jan. 1 and the end of last week, 121 mostly unvaccinated adults and children in 17 states were reported to have the measles. Most of the cases are linked to an outbreak that started at Disney theme parks in Southern California, the Centers for Disease Control and Prevention reports. Meanwhile, California is experiencing a pertussis epidemic, with 10,831 cases reported to public health officials since last year.

In a related move, California state Sens. Richard Pan, M.D., a pediatrician, and Ben Allen, former president of the Santa Monica-Malibu Unified School District, announced plans to introduce legislation that would repeal a personal belief exemption that allows parents to decline vaccination for their school-age children. If passed, California would join 32 other states with similar legislation. About half of states have laws requiring college students to be vaccinated against measles.

UC’s plan will allow exemptions for medical or religious reasons but the details are yet to be hammered out. Health care organization’s with vaccine exemption policies, including medical centers in the UC system, should be a useful resource for university officials seeking guidance.

Most vaccines are given early in childhood, but college students and young adults need certain immunizations, too, according to the U.S. Department of Health and Human Services.  The following vaccines are recommended for young adults up to 24 years old:

Additional vaccines may be recommended for students who plan to travel or study abroad.

The intent is to establish a baseline for the entire UC system while allowing individual campuses some latitude in the roll-out. Starting in fall 2016, all incoming UC students will be expected to enter vaccination documentation in a new electronic medical record platform. By 2017, non-compliant entering students will have a hold put on their registration.